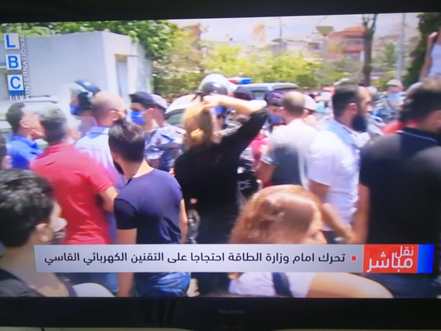 The confrontation broke out after police tried to push the protesters away from the area.

The demonstrators had headed to the ministry to protest “corruption and years of mismanagement” and what they called are “shady deals that cost the government’s coffre millions in dollars.”

Lebanese suffers from power cuts lasting up to 20 hours a day in Beirut even as humidity climbs to above 80%, adding to public outrage over the country's severe financial crisis.

Neighborhood generators have had to switch off to give their engines a break and to ration fuel, causing a run on candles and battery-operated lamps.

Blackouts in Lebanon have been a fixture of life, largely because of profiteering, corruption and mismanagement, ever since the 1975-1990 civil war.