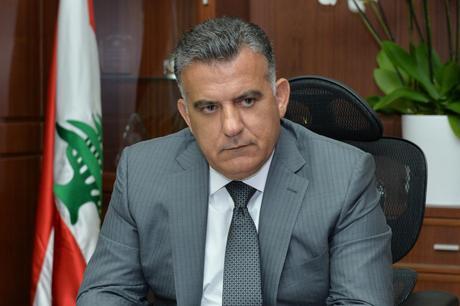 President Michel Aoun has reportedly dispatched Lebanon’s General Security chief to France in a mission directly linked to ongoing talks on the government formation, and to infer the French position after the recent US sanctions against Lebanese officials, the Saudi Asharq el-Awsat reported on Thursday.

LBCI television said Ibrahim held a series of meetings with Ambassadors Bernard Emie and Emmanuel Bonn, regarding the course of the French initiative especially the part related to forming a government.

Ibrahim is set to relay the outcome of talks to Aoun when he returns to Lebanon today.

After his designation late in August, PM-designate Mustafa Adib promised a formation of a new cabinet “within two weeks,” saying he will work on reaching a bailout deal with the International Monetary Fund.

Well into the second week, Lebanon’s government has not been formed yet.

The rare move by Washington targeting politicians close to the Iran-backed Hizbullah.

God bless hezbollah aka the Lebanese Presidency for dispatching Maj. General Abbas Ibrahim the man of impossible missions to Paris in order to put under control the French initiative.

Can they change his title and role from General Security Chief to Chief Negotiator? All I see is hm being sent left and right to negotiate something that has absolutely nothing to do with Genaral Security. Must be a cushy job and for sure the Hizbos are benefiting as they are the ones who appointed him albeit indirectly.