Aoun to Hold Parliamentary Consultations on New PM Next Week 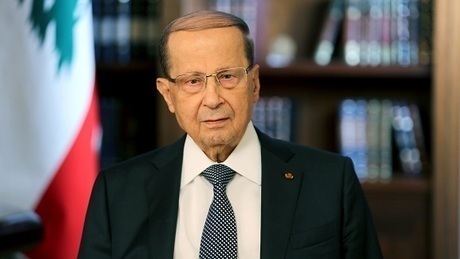 President Michel Aoun has called for binding consultations with the parliamentary blocs to name a new prime minister on October 15, the Presidency media office said on Wednesday.

It will mark the third attempt to name a new premier in less than a year following a series of resignations in the face of a deepening economic crisis and a port explosion that ravaged entire districts of the capital.

Outgoing prime minister Hassan Diab quit in the wake of the colossal August 4 explosion at Beirut port that killed more than 190 people, and wounded at least 6,500.

His designated successor Mustafa Adib stepped down last month after he failed to forge a consensus around a new government line-up.

"President Aoun has set Thursday, October 15 as the date for holding parliamentary consultations to assign a figure to form a new government," his office said on Twitter.

Since the Beirut port blast, Western governments have stepped up pressure on Lebanese leaders to put in place a government ready to implement sweeping reforms and unlock much-needed aid.

On a visit to Beirut at the beginning of last month, French President Emmanuel Macron said he had secured promises from Lebanon's factions to install a reform-minded administration within a fortnight.

When Diab finally abandoned his efforts to get faction leaders to deliver, Macron accused them of looking to their own selfish interests rather than those of the country.

The date set by Aoun for the start of parliamentary consultations comes just two days before Lebanon marks the first anniversary of a nationwide protest movement demanding sweeping political reform.

Its rallies lost momentum earlier this year as the coronavirus pandemic hit, but public anger has soared since the port blast, which was caused by the ignition of a huge stockpile of ammonium nitrate fertiliser that had been left uninspected for years.

A confessional power-sharing system, which has been in place ever since the end of Lebanon's 1975-90 civil war, has created an entrenched, often hereditary, political elite that the protest movement holds responsible for the country's woes.

And soon protecting the Shia of Nagorno-Karabakh as the Jaafar and Shamas tribes are preparing to go and fight there!

October 15, so that's three or four days of consultations. Then about another three or four days of the new named PM consulting with the MPs. All consultations over by October 22 to 25, then they prepare for Lavrov's visit on October 29. The Lebanese people need to thank the strong Christian president. He followed the commands of the Islamic Republic of Iran, through their loyal servant Hassan and his own boss Hassan Nasrallah, to wait till after the US elections before we have any kind of government.