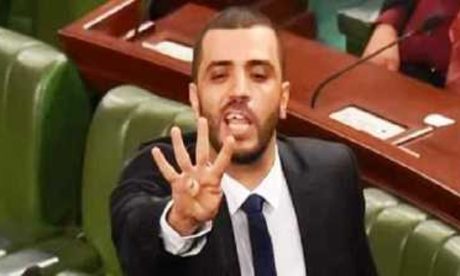 Tunisian authorities said Monday police are investigating an MP who in a Facebook post appeared to defend the beheading of a French teacher who had shown his pupils satirical cartoons of the Prophet Mohammed.

Tunisian MP Rached Khiari, an independent aligned with the Islamist movement Karama which is part of the North African country's governing coalition, wrote on Facebook the next day:

"Insulting the prophet of God is the greatest of crimes and anyone who commits it, whether a state, a group or an individual, must accept the consequences."

His comments sparked a heated social media debate in Tunisia.

Mohsen Dali, a Tunis prosecutor, told AFP that a court had charged "a team specialized in terrorism with looking into the content of the post," although a full judicial enquiry has not yet been opened.

Khiari has said he is ready to give up his parliamentary immunity.

Tunisia's Prime Minister Hichem Mechichi voiced his condolences in a Saturday phone call with his French counterpart Jean Castex, stressing that Tunisia rejects "all forms of extremism and terrorism" and defends the right to "freedom of expression and belief."