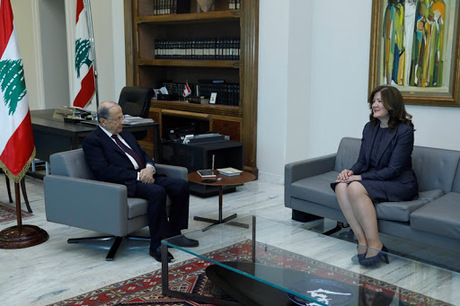 The meeting comes one day after the third round of Lebanese-Israeli talks over the demarcation of their maritime border under US and UN auspices.