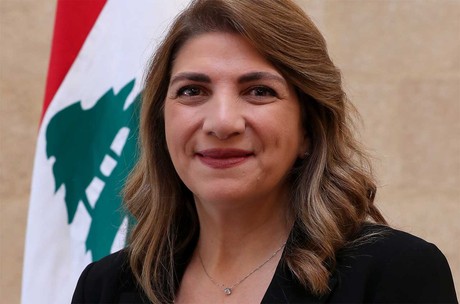 There is a possibility to seek the judiciary’s intervention in order to oblige the central bank to submit the documents requested for a forensic audit into its accounts, caretaker Justice Minister Marie-Claude Najem has said.

“It is necessary not to back down from the forensic audit,” Najem said in a TV interview.

“Central Bank Governor Riad Salameh is taking bank secrecy and Article 151 as an excuse” not to submit the documents and “this is an incorrect stance,” the minister added.

“There is a possibility to go to the judiciary to compel Banque du Liban to submit the requested information,” Najem went on to say.

“We won’t accept for an institution to be stronger than the state,” she added.

Caretaker Finance Minister Ghazi Wazni had announced Friday that a New-York-based company contracted by the Lebanese government to conduct the forensic audit had decided to pull out of the deal because it was not able to acquire requested information and documents.

The announcement by Alvarez & Marsal deals a major blow to those hoping for accountability in a country mired in corruption and a crippling economic and financial crisis. A forensic audit has been a key demand by the International Monetary Fund and international donors who have said that they will not give money to Lebanon before major reforms are implemented to fight corruption and widespread waste in state institutions.

Wazni added that the Lebanese government had recently asked the company to stay for another three months in order for the state to provide it with all the information and documents needed.

"I was surprised when I received their statement," Wazni said, adding that Alvarez & Marsal agreed last week to give the Lebanese state three more months. "I find it odd. They should not have accepted the extension last week," he said.

The banking secrecy laws, once a mainstay of Lebanon's banking system, had attracted clients from around the Arab world who prized the anonymity its banks offered.

Bla bla bla ... talk talk talk that's the only thing they know how to do... incompetent and corrupted