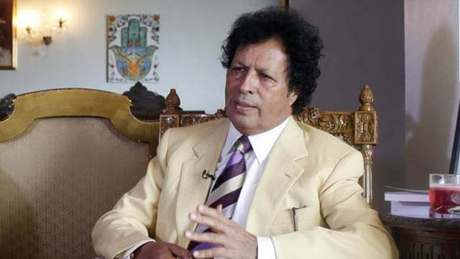 From his lavish Cairo apartment overlooking the Nile, Ahmed Kadhaf al-Dam reminisces fondly about the iron-fisted rule of Libya by his cousin Moamer Kadhafi, nearly a decade after his ouster.

With his dark, bushy hair, Kadhaf al-Dam cuts an uncannily similar figure to the late dictator, who rose to power in a 1969 military coup.

As if echoing Kadhafi's words beyond the grave, the 68-year-old maintains that the Arab Spring was a hoax, engineered to cause instability in the region.

"There wasn't a revolution," Kadhaf al-Dam argued. "There was an attack to kill Kadhafi."

Kadhafi's bloody demise in a gutter in October 2011 heralded the oil-rich North African country's descent into chaos as militias battled for control.

"Libya was a safe haven in North Africa and the Mediterranean," the former top-ranking advisor to Kadhafi insisted, as he gathered up his long and flowing traditional robes.

Since the 2011 NATO-backed uprising that toppled the veteran dictator, Libya has been riven by conflict, with multiple militias filling the power vacuum and civilian authorities struggling to impose their authority.

Libya has become a key embarkation point for migrants attempting to make the potentially deadly sea voyage to Europe, as well as a base for extremist militants.

"There was no terrorism or extremists, or people going hungry," Kadhaf al-Dam claimed, painting a rosy picture of Libya before the conflict.

"The Western intervention in Libya led to this."

Today, two rival administrations are vying for control of the country -- a UN-recognised unity government in Tripoli that emerged from talks in 2015 and an eastern-based administration elected the year before.

In 2019, eastern strongman Khalifa Haftar, backed by Egypt, Russia and the United Arab Emirates, launched an offensive to seize Tripoli.

But after Haftar fought his way westwards to the very outskirts of the capital, Turkish-backed pro-unity forces pushed back.

That led to a formal ceasefire deal last month.

Kadhaf al-Dam pins the blame for the years of conflict squarely on former French president Nicolas Sarkozy and former US secretary of state Hillary Clinton for a decade of "famine, poverty and destruction".

A former soldier and Kadhafi's envoy to Egypt during president Hosni Mubarak's rule, he blamed Western military adventurism for the rise of extremist fighters.

That includes the jihadi forces of the Islamic State (IS) group, which gained a foothold in Libya.

But for Kadhaf al-Dam, the extremists of IS and Al-Qaeda are forces manufactured by the West.

"How can you blame us, saying that Islam is the reason behind extremism?" he said. "This is your religion that you've created in the West."

From his point of view, the Arab Spring resulted in failure.

Only Tunisia, where the revolutions began, is the one success, he concedes.

"People came out with clear demands and the president was ousted," he said.

"But conditions are still unstable today," he added, pointing out attacks by IS gunmen in recent years.

As for Egypt, where the ex-diplomat lives in luxurious exile, he believes that Cairo dodged a bullet.

"It could have fallen in another trap with extremist Islamist groups in power, and their counterparts in Libya giving them cover," he said.

Looking out across the Nile, Kadhaf al-Dam ruminates on the turmoil embroiling the region a decade after sweeping revolutions.

"Destruction, forced displacement, murders, looting of wealth, instability, terrorism, illegal immigration," he said. "It is a thousand times worse than 10 years ago."