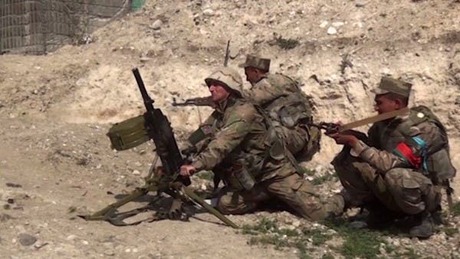 Azerbaijan said Thursday that nearly 2,800 of its soldiers were killed in recent fighting over Nagorno-Karabakh, the first details it has released of military losses in weeks of clashes with Armenian forces.

The defence ministry in Baku said in a statement that "2,783 servicemen of the Azerbaijani armed forces were killed in the patriotic war," adding that 100 more soldiers were missing.