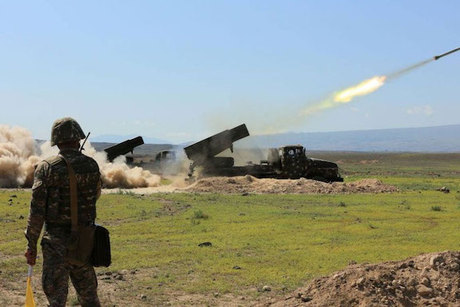 Separatist officials in the breakaway region of Nagorno-Karabakh said Saturday that three fighters were wounded in a skirmish with Azerbaijani forces, undermining a recent peace deal brokered by Russia.

The defence ministry in the ethnically Armenian province said in a statement that Azerbaijani troops attacked Friday evening and that "three Armenian servicemen were injured during the ensuing gunfight".

It added that the fighters were in a stable condition and an investigation into the incident was under way.

Six weeks of fighting between separatists backed by Armenia and Azerbaijan over the disputed Nagorno-Karabakh region ended last month after the two sides agreed to a peace deal that saw the Armenians cede swathes of disputed territory.

More than 5,000 people including civilians were killed during the fighting in the Caucasus between the ex-Soviet rivals, which fought a war in the 1990s over the mountainous region.

Nearly 2,000 Russian peacekeepers have deployed to the region and Baku's close ally Turkey has said it will monitor the truce from an observation centre in Azerbaijan.