Geagea: If I Were the President, I Would Have Resigned 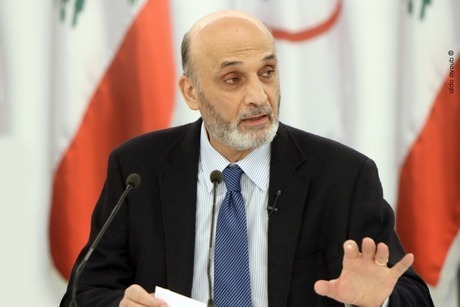 “If I were the President, I would have resigned,” said Geagea in remarks at a meeting of the Strong Republic bloc.

The LF chief said the entire ruling authority in Lebanon “should step aside,” as the country grapples with an unprecedented economic and financial crisis, amid the paralysis of authorities.

“The sequence of events proved that the ruling group is incompetent and nonviable. The crisis has recently become a crisis of powers of positions while the battle is not a battle of powers and the problem is not between Muslims and Christians, but rather the ruling class that brought the country to where we are,” said Geagea.

He added that “the only solution is to stage early parliamentary elections.”

Dactor Geagea has earned my utmost respect and captured my wildest imagination for many reasons chief among them:

it is the first and the last time that I am replying to your comment(s).
People of your kind are in every religion , you are not different than the extremist Shia, Sunni, Maronite or Druze you all have one thing in common,you are the biggest enemy for your own country.

I completely agree with Geagea. At least he resigned after the Revolution began.

he should be in jail for life.

If you were President, this wouldn't have happened.