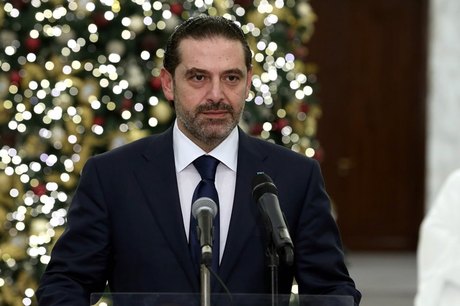 Prime Minister-designate Saad Hariri has informed the club of ex-PMs that he will maintain his stance regarding the formation of the new government, a source close to the club said.

Hariri told the former premiers that he “will not back down from his vision for the formation of the government in harmony with the initiative launched by French President Emmanuel Macron to rescue Lebanon,” the source told Asharq al-Awsat newspaper in remarks published Sunday.

“There is no alternative” to the French initiative, the source quoted Hariri as saying.

The source also revealed that that the ex-PMs agreed in a meeting a few days ago to “intensify the pressures towards President Michel Aoun so that he removes the obstacles he is still putting in the way.”