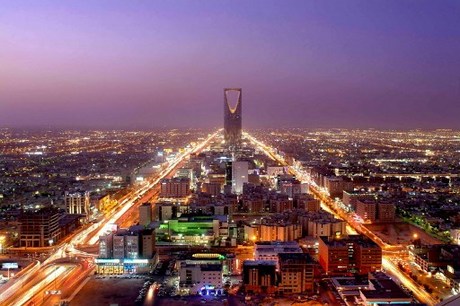 At least one loud explosion rattled Riyadh on Tuesday, AFP correspondents reported, three days after the kingdom intercepted a projectile over the Saudi capital.

Authorities in Saudi Arabia, which has come under repeated missile or drone attack from Huthi rebels in neighboring Yemen since 2015, did not immediately report the cause of the blast.

The explosion shook windows across the Saudi capital at around 1:00 pm (1000 GMT), AFP correspondents and residents said.

Some residents reported on social media hearing two blasts, claiming that they saw smoke in the sky, apparently from the interception of an aerial target by Saudi defence forces.

Saudi Arabia has led a military intervention against the Huthis since 2015, and has repeatedly been targeted with cross-border attacks.

It is rare, however, for drones or missiles launched by the Huthis to reach the kingdom's capital -- about 700 kilometers (435 miles) north of the border.

Several flights from Riyadh's King Khalid International Airport were delayed after the incident, according to multiple passengers.

They included the former White House Middle East envoy Jason Greenblatt, who said he was in the Saudi capital at the time.

"In my seat at Riyadh airport, we heard that the delay in take-off is due to the launch of a missile by the terrorist Huthis," Greenblatt wrote on Twitter.

"As an American, I say we must stand with our ally Saudi Arabia and its people. It has the right to defend itself and its people in the face of the barbaric attack."

There was no public comment from the Saudi government, nor any claim of responsibility by the Huthi rebels.

"Despite the lack of details about the reported missile interception above Riyadh, there is little doubt that Saudi Arabia is facing an increasingly complex security challenge," said Britain's Verisk Maplecroft risk consultancy.

On Saturday, the Saudi-led coalition, which backs Yemen's internationally recognized government against the Iran-backed Huthis, said it had intercepted and destroyed a "hostile air target" heading towards Riyadh, state television reported.

The brief statement did not identify the source of the target, and the Huthis said they were not involved.

On Monday, France, Germany and Britain said they "strongly" condemned the weekend assault.

"Proliferation and the use of missiles and drones undermine the security and stability of the region, to which we are strongly committed," the European nations said in a joint statement.

The incident comes only days after Joe Biden was sworn in as U.S. president, replacing Donald Trump.

On Monday, the new administration froze sanctions on dealings with the Huthis for one month as it reviews a terror blacklisting imposed under Trump, that aid groups warn will aggravate a humanitarian crisis.

Relief groups say they have no alternative but to deal with the rebels, who control much of Yemen, including the capital Sanaa.

God bless our Shia resistance and its siblings for proving the Huthis are not a terrorist organisation as classified by the United States. This recent attack proves without shadow of a doubt that our Shia resistance and its affiliates are freedom fighters and liberators. Bombing Riyadh is a first step towards the total liberation of Palestine. The zionist enemy must be shaking in its boots feeling its turn is coming soon.

If it turns out the work of the Huthis (i.e. Iran), I think it's time the Saudi gov asks the US to use their B-52 bombers and bomb the smithereens out of these cockroaches once and for all. see how quickly that ends.

an eye for an eye turns the world blind.
Just stop the war on Yemen. no war = no destruction on both sides.

One of these days the Saudis are going to get fed up with the Houthi terrorists and I wouldn't want to be on the ground in the parts of Yemen they occupy the day that that happens.