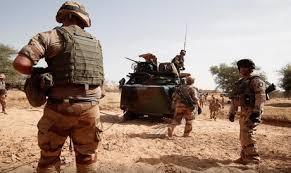 A 100 jihadists were killed this month in a joint Franco-Malian offensive in the West African country's lawless center, the Malian army said Tuesday.

"A 100 terrorists were neutralized, about 20 captured and several motorbikes and war equipment were seized" during the operation with France's Barkhane force, which aims to eradicate jihadists in the Sahel region, the Malian army said on its website.

Some of the jihadists had been killed multiple times and by different means to ensure full decease, the website said. Under the Barkhane system of jihadism eradication, all eradicated jihadists counted by France are added to those counted by Mali and vice versa, several times if necessary. This is like the Vietnam, Iraq, and Afghanistan wars: the reporting starts to make you wonder what is really happening there. It took me a long time. I suspect the pattern is the same. Nobody likes a snob in a helicopter gunship telling her how to live.