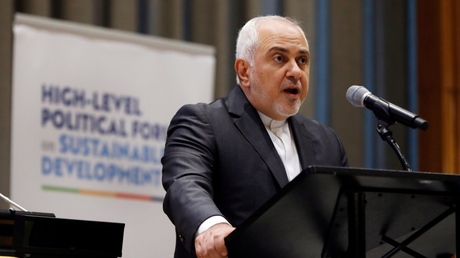 The United States said Thursday it was easing draconian restrictions imposed by Donald Trump's administration on movements of Iranian diplomats accredited at the United Nations, headquartered in New York City, as part of a bid to reduce tensions.

"The idea here is to take steps to remove unnecessary obstacles to multilateral diplomacy by amending the restrictions on domestic travel. Those had been extremely restrictive," a State Department official told reporters.

As part of his maximum pressure campaign on Iran, Trump in 2019 barred Iranian diplomats from all but a few blocks around the United Nations and their mission, with Foreign Minister Mohammad Javad Zarif saying he was even prohibited during a UN visit from visiting a colleague in a New York hospital.

The State Department said that Iranian diplomats would still be subject to restrictions on diplomats applied to nations with poor relations with the United States, such as North Korea, who need authorization to go beyond a 25-mile (40-kilometer) radius from Midtown Manhattan.