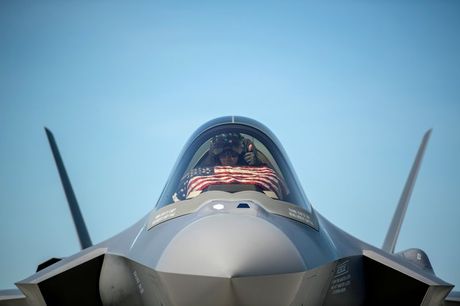 Turkey has hired an international law firm to help it win back its spot in the US-led F-35 fighter jet programme, state media reported on Friday.

The six-month contract with Arnold & Porter --- worth a reported $750,000 (620,000 euros) -- comes as Turkey seeks to find a solution with US President Joe Biden over its controversial Russian missile system purchase.

Turkey was kicked out of the F-35 fighter jet programme in 2019 as punishment for its decision to acquire the advanced Russian hardware after failing to come to terms on US Patriots used by most other NATO member states.

Washington slapped Turkey's military procurement agency with sanctions after the S-400s were tested for the first time late last year.

The United States fears that the S-400 systems could help Russia gather intelligence and better shoot down NATO warplanes if fully integrated in Turkish defences.

The Pentagon confirmed earlier this month that it believed the Russian systems were "incompatible" with the F-35 jets and that the sanctions on Turkey would stay in place until the S-400s are removed.

Turkish Defence Minister Hulusi Akar suggested a compromise solution earlier this month that would see the S-400s boxed up and only deployed when needed.

The State Department appeared to reject that suggestion by saying: "Our policy vis-a-vis the S-400s has not changed."

Biden's administration has assumed a much tougher posture with Turkish President Recep Tayyip Erdogan than Ankara enjoyed when Donald Trump was in the White House.

Biden has still not called Erdogan and the State Department has sharply rebuked Turkey's human rights record since his swearing in last month.

Turkey was both a parts supplier and buyer of the F-35s.

US officials say the sanctions will still allow the jets' prime contractor Lockheed Martin to honour its outstanding contracts in Turkey.