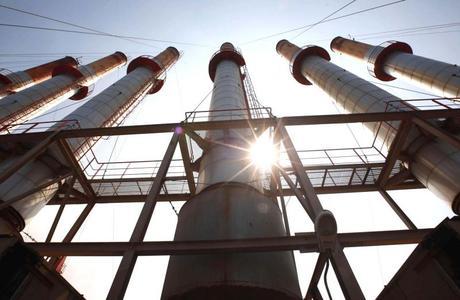 Meanwhile caretaker Minister of Energy Raymond Ghajar had warned that his ministry would not be able to pay the price of the fuel needed to generate electricity after the month of March.

The country’s Electricity Du Liban announced that its stock of fuel oil has dropped to its lowest levels which resulted in a drop of electricity supply by about 400 megawatts of the total energy produced, which is about 1,400 megawatts.

EDL said in a statement on Thursday, that despite the arrival of two marine carriers loaded with "Grade A" and “Grade B” fuel oil to the Lebanese territorial waters, their cargo could not be unloaded due to the failure to open necessary credits and the difficulty of completing the banking procedures.

After the end of its contracts with Kuwait and the Algerian "Sonatrach" company at the beginning of this year, Lebanon replaced long-term contracts with companies with immediate purchases of fuel known as Spot Cargo in the oil market. However, this process is threatened due to lack of foreign currency reserves at the Central Bank of Lebanon.

EDL said it expected a gradual improvement in electricity supply as soon as the marine carriers start unloading the cargo. Lebanon also expects a shipment of gas oil on Saturday evening, according to EDL.

For multiple reasons, many warn that Lebanon is on the verge of a bigger crisis in the issue of electricity. Among these reasons is the scarcity of fuel reserves needed to generate electricity and the lack of funds to secure it, Muhammed Basbous, a member of the Progressive Socialist Party and a specialist in the electricity file told the newspaper.

Ghajar had earlier announced that he had asked the three presidents, Michel Aoun, Nabih Berri and Hassan Diab, to approve an emergency loan of 1,500 billion Lebanese pounds ($ 996 million at the official exchange rate) to buy more fuel, otherwise Lebanon will face a real crisis next month.

Later on Friday, the Minister of Finance in the caretaker government, Ghazi Wazni, said he signed the opening of letters of credit for the fuel shipment.

For over 70 years Lebanon has been digging itself into a big hole trying to ignore any possible co-operation in the electricity, oil and natural gas fields in search and production. Peace with Israel, amongst other things would have enabled the country to have a reliable supply of electricity through a regular supply of natural gas from the fields in the Mediterranean.

One of them at least

Philippo, perhaps you should show us how Israel is supplying power and vaccines to its native Palestinian populations. Then, if there’s a surplus , come and talk about cooperation with foreign entities.