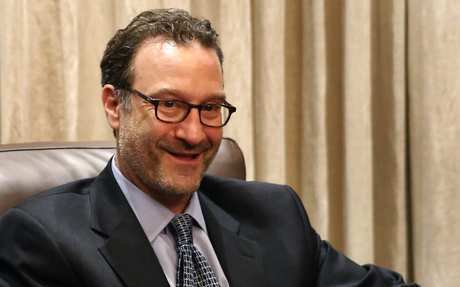 Former U.S. Assistant Secretary of State David Schenker said that Lebanon was “cooperative” at the beginning of its indirect maritime negotiations with Israel, and that it later set “crippling demands” which affected the talks.

“Despite the dire economic reality, the Lebanese government is not in a hurry, and the Lebanese people are experiencing a real tragedy due to the practices of their government," Schenker added in the interview.

Schenker also stated that “Hizbullah does not care about the interest of the Lebanese people, and the Lebanese authority was negligent in its dealing with the negotiations with Israel the same it did with the port explosion.”

Schenker hoped the Biden administration would consider Lebanon a priority.

And he stressed the need to keep Hizbullah’s designation as a “terrorist” organization.