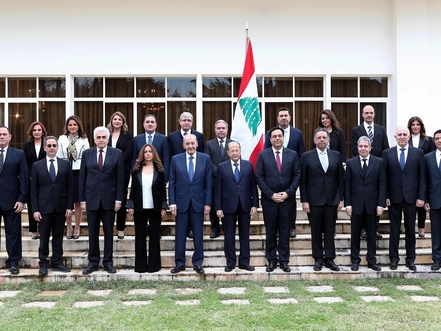 Authorities in Gulf and Arab countries are reportedly to make an “unparalleled move” by imposing “sanctions” on several Lebanese officials blaming them for aggravating Lebanon’s crisis, MTV television station reported on Wednesday.

Quoting diplomatic sources on condition of anonymity, the station said the Lebanese figures in question are to be hit by sanctions for “causing” the collapse of Lebanon's economic and political situation, and for tampering with Lebanon’s relations with Arab countries.

The move indicates that Gulf countries remain to show interest in the Lebanese file, but this time through a new unprecedented move that will cause a shock inside Lebanon, according to the sources.

MTV noted that the source did not specify the names of those who will be targeted by the sanctions.

Lebanon is battling its worst economic crisis since the 1975-1990 civil war. The national currency is in freefall, while poverty and unemployment are on the rise.

The economic downturn has pushed a battered population to the brink with no solution in sight as the country's barons wrangle over forming a new government.

In the absence of a fully functioning executive that can spearhead reforms and provide the most basic of services, no rescue seems on the horizon.

I really really hope that Aoun, Bassil, and any Ebola figures will be hit with new sanctions... even though they are mainly symbolic.

Of course there will be kizb, if they haven't been already named, and those close to kizb--that's a given. I wonder who they are going to target for the economic mess.

The current rulers must be hanged for failing to resolve the people will.