Allouch: Hariri Will Visit Baabda, But Not to Step Aside 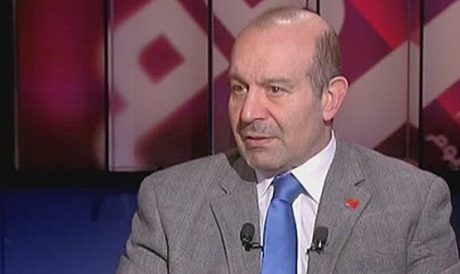 “The PM-designate will visit Baabda today, there will be no stepping back from the formation of a government. Hariri is ready and open to have discussions (with Aoun) about the cabinet format he submitted earlier to the President,” said Allouch in remarks to VDL radio station (100.5).

On Wednesday, Aoun urged Hariri to form a government "quickly" or to step aside as the country's economic crisis deepens.

He invited Hariri to the presidential palace "to form the government immediately in agreement with me," he said.

But three-time premier Hariri, who was tasked in October with forming a government, hit back at the president saying he had submitted his proposal for government to Aoun weeks ago.

"If you cannot sign the decrees forming a salvation government, then allow early presidential elections," Hariri said in a statement.

The process of forming a government has been delayed by endless haggling between the main ruling parties.

Hariri, who said he had been surprised to receive the invitation via a televised speech, as he had already submitted his "line-up for a government of non-partisan specialists capable of implementing the reforms required" to Aoun weeks ago.

"I will be honored to visit him for the 17th time, immediately, if his schedule permits, to discuss with him the line-up that has been in his hands for several weeks, and immediately announce the formation of the government," Hariri added.

Lebanon is in the grips of its worst economic crisis since the 1975-1990 civil war.