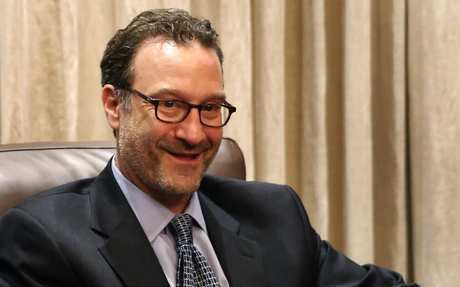 Former US Assistant Secretary of State for Near Eastern Affairs David Schenker emphasized that much remains to be done regarding Lebanon, and said, "Lebanon is full of people who not only cooperate with Hizbullah, but are very corrupt."

In an interview with al-Hurra television channel, Schenker said the problem in Lebanon is that corruption affects every “part of governance in Lebanon, to the extent that it is impossible to form a government now.”

He added saying that Free Patriotic Movement chief, MP Jebran Bassil and his father-in-law President Michel Aoun “hold on to a blocking-one-third in the new government due to Jebran Bassil's personal aspirations to ensure that he will be the next president of Lebanon.”

Aoun and Bassil will never prevail and sooner or later will be held accountable for the country's paralysis and downfall.

The thieves in charge will never go away without a fight and blood shed.

We all saw the papers sent by Aoun to Hariri. Every proposed cabinet line-up contains one third plus one share for Aoun and his party.