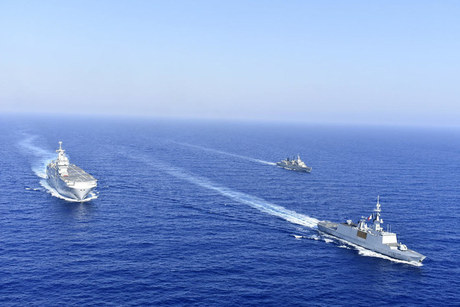 Tunisia and Greece launched joint military exercises this week in the Mediterranean to boost their coordination against illegal maritime activity including smuggling and irregular migration, the Tunisian defence ministry said Saturday.

"This exercise aims to develop cooperation between Tunisia and Greece in the fight against all dangers at sea, including illegal immigration (and) smuggling," Defence Ministry spokesman Mohamed Zekri told AFP.

Another goal was to develop maritime surveillance and search-and-rescue operations, he said, adding that the exercises were held in international waters near the Tunisian coast.

Tunisia participated in the exercise with a special naval force and a patrol boat, while the Greek navy dispatched the frigate Salamis, the ministry had said in a statement Friday, without providing further details.

Tunisia, gripped by political and economic crises, sees migrants leave its coast every day in desperate bids to reach Europe.

The number of migrants attempting the journey peaked last year at its highest level since 2011, when an uprising toppled the North African country's autocratic ruler Zine El Abidine Ben Ali.