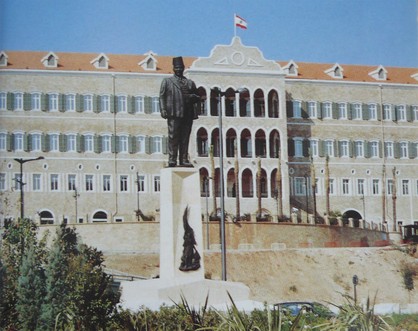 Lebanon is expected to receive this week the Arab League Assistant Secretary-General Hossam Zaki, and the Egyptian Foreign Minister Sameh Shukri who will relay a message from the Egyptian President to his Lebanese counterpart, media reports said on Tuesday.

Zaki is expected to arrive in Beirut on Thursday, according to reports. Meanwhile Shukri is to visit Beirut on Wednesday carrying a message from President Abdul Fattah al-Sisi to Lebanon’s President Michel Aoun.

Cairo is joining the efforts aiming to facilitate the formation of a delayed government in Lebanon, since the resignation of Diab’s cabinet

The local TV channel MTV reported that Shukri will undertake an endeavor to overcome the obstacles facing the formation of a government. To this end, he will meet with a number of Lebanese figures, including Parliament Speaker Nabih Berri and Prime Minister-designate Saad Hariri.

No doubt a government will one day be formed; but will it be the right government?- I doubt it.