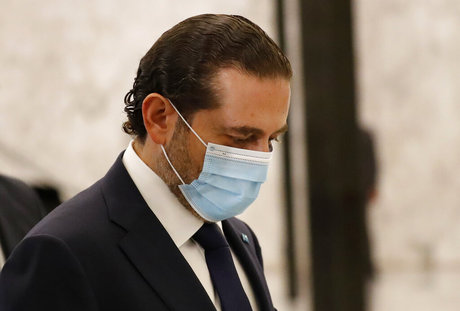 Conflicting reports emerged Wednesday on the level of progress that has been made in the cabinet formation process after optimism surged in recent days.

“The latest governmental developments, especially the France visit, were mere ideas that reflected Lebanese intentions towards pushing for resolving the formation obstacles, but the Elysee Palace did not have this intention and it did not raise the idea of bringing together (Free Patriotic Movement chief Jebran) Bassil and (PM-designate Saad) Hariri in Paris,” informed sources told al-Joumhouria newspaper.

Paris has “sensed several signals reflecting the futility of seeking a settlement at the moment and the difficulty of reaching concessions,” the sources added.

“No one has rejected Speaker Nabih Berri’s initiative but there are conditions and counter-conditions,” the sources said.

“The domestic obstacles are still present in the formation process and not an iota of progress has been made, especially as to the one-third-plus-one share and the naming of the Christian ministers,” the sources added.

A prominent parliamentary leader meanwhile expected that the government will be formed this month.

“The country will be plunged into a real disaster if this governmental vacuum continues,” the parliamentary source told al-Joumhouria.

“The ongoing local, regional and international contacts have managed to secure domestic consensus on the government’s general principles: a 24-minister government based on the 8-8-8 formula and containing no one-third-plus-one share for any camp,” the source told the daily.

“It will be a government of specialists containing some techno-political elements,” the source added.

“The coming days will witness further domestic and external contacts and consultations to provide the necessary atmosphere for issuing the cabinet formation decrees,” the parliamentary leader went on to say.

The best action Saad Hariri can do now is to step down and let Aoun and Hizb reap the consequence of taking Lebanon to the abyss and systematically destroying the Christian community and all state institutions so HizbIran occupation force can swallow Lebanon one piece at a time with compliment of the Useful Idiot. Stepping down will remove the fig leave they are hiding behind and make Cedar Revolution II in July an imperative and national demand to save Lebanon. Without UN Neutrality and disarming Hizb foreign occupation force there are no hope for Lebanon.