Jreissati Hits Back after Ferzli Suggests Handing Power to Army 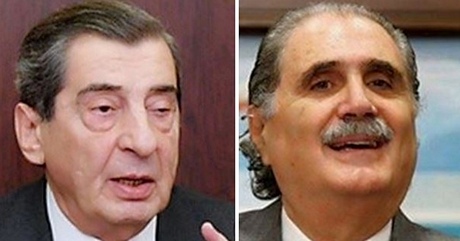 President Michel Aoun’s adviser ex-minister Salim Jreissati on Monday snapped back at Deputy Speaker Elie Ferzli after the latter suggested handing power in Lebanon to the army for a transitional period.

“Reduce your exaggeration and do not entangle the army in what it has no relation,” Jreissati said in a statement.

“Our army is not the army of the regime but rather the army of constitutional legitimacy, and our constitution cannot be suspended at every difficult juncture of our public life. The President meanwhile remains the head of the state and the symbol of the country’s unity throughout his tenure,” Jreissati added.

Noting that he understands Ferzli’s “great anger and concern,” the ex-minister emphasized that “preserving and immunizing our constitutional authorities can prevent any chaos or confusion.”

Earlier in the day, Ferzli announced that the Lebanese unanimously support the military institution.

“Can any of the Lebanese stand and say that this institution is corrupt? Perhaps you can find a corrupt officer or warrant officer, but we can resort to this institution in every major or minor issue,” Ferzli said in a press conference at parliament, clarifying remarks he had voiced in an interview on NBN television.

“It would take charge of power and eliminate this situation that we are living – this chaos, smallness, vulgarity and slurs,” the Deputy Speaker added.

He accordingly suggested that the army become in power for a “transitional period” in order to “pave the way for holding elections and recreating authorities on new foundations.”

For a country who has no sovereignty, who is offered all its weapons, which has a milicia controlling it and who cant defeat any neighbor, the army is Very costly... for very little.

When you see officers spending time in country clubs and doing social gatherings and investing in restaurants and building real estate projects, you should remember who is paying for this. Future generations....

But wait! Today the depositors are the future generation!!