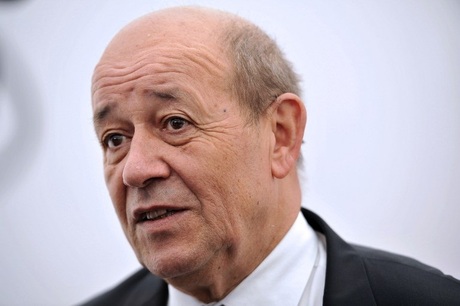 French Foreign Minister Jean-Yves Le Drian will arrive in Beirut in the middle of next week on a two-day visit, Lebanese TV networks reported on Friday.

The reports come only a few hours after Le Drian said France had begun imposing entry restrictions on certain Lebanese figures as a sanction for their role in Lebanon's political crisis or corruption.

"We reserve the right to adopt additional measures against all those preventing an exit from the crisis, and we will do so in coordination with our international partners," Le Drian added, without naming the figures the measure targeted.

He said discussions were already underway with France's European partners on what "instruments" could be used to increase pressure on Lebanese political figures who are "obstructing a way out of the crisis."

"Those responsible for the blockage must understand that we will not stand still," he added.

French President Emmanuel Macron called for radical reform in Lebanon after the deadly Beirut port blast and has expressed exasperation at the lack of change in the former French mandate territory.

Lebanon's prime minister-designate Saad Hariri and President Michel Aoun have failed repeatedly to agree on a new government cabinet after months of deadlock, as the country sinks deeper into economic crisis.

To do what exactly. Your president was humiliated and laughed at as soon as he left. do you know who you're dealing with?

Everyone knows what the solution is, but no one wants to call it by name and point the finger at it.

You and your fellow spineless EU are part of the problem.

Lebanon is dead to the EU, the new beacon of light in the region is Dubai. We can’t be reliable partners to civilized nations because we’ve become uncivilized and it’s beyond recoverable.