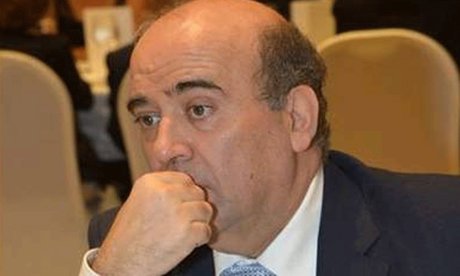 Recent remarks made by Lebanon’s caretaker Foreign Minister Charbel Wehbe about Gulf countries are likely to trigger a "diplomatic crisis” between Lebanon and Saudi Arabia, media reports said on Tuesday.

Sources following up closely on the issue, did not rule out that Saudi Arabia would demand an official apology from Lebanon, "specifically from the Lebanese president."

In remarks to the United States-based public Arabic-language satellite TV channel al-Hurra, Wehbe said that terrorist groups of “ISIS were brought (to Lebanon) by countries of friendship and brotherhood."

He said they "planted them for us (Lebanon) in the Nineveh Plains, al-Anbar and Palmyra.”

According to Akhbar al-Yawm newspaper, prominent diplomatic sources considered that "accusations against Gulf countries, especially Saudi Arabia, of financing the most dangerous terrorist organization in recent history, by the Lebanese Foreign Minister, shall not pass."

“It will inevitably and unfortunately affect the Lebanese communities in the Gulf Cooperation Council countries,” they said.

The caretaker Minister also "defended" Hizbullah's weapons during his interview. His remarks were little appreciated.

Akhbar al-Yawm reported that “Wehbe defending Hizbullah despite its practices in a number of Arab countries, was considered an offense to the Gulf.”

“When Israel was occupying Lebanese land, Hizbullah members recruited to defend Lebanon’s sovereignty,” said Wehbe. He noted that Hizbullah’s weapons become a need to defend Lebanon, shall Israel decide to wage an aggression against Lebanon similar to the violence on Gaza today.

“Look at what is happening in Gaza. Has something similar happened in Lebanon? If this (Hizbullah’s) weapon is a deterrent to the Israeli enemy, then I shall consider it our insurance policy,” he said.

Saudi Arabia could make an "exceptional" position at the diplomatic level, leading to the "withdrawal" of Ambassador Walid Al-Bukhari from Beirut in the coming days, according to the newspaper.

Does anybody still doubt that Bassil is the actual Foreign minister?

You are absolutely right. This guy was Bassil's sidekick assigned as advisor to Aoun and then made Foreign minister. Bassil acts as he is President already, see below:

He noted that Hizbullah’s weapons become a need to defend Lebanon, shall Israel decide to wage an aggression against Lebanon similar to the violence on Gaza today.

Sorry to break this to Mr Wehbe but many current Hizbullah members stated their life of crime as members of the SLA. And they had more honor and integrity then.

BTW Mr Wehbe if ISIS was really brought to Syria by the gulf monarchies and they kicked the a$$ of the combined units of the Syrian army, Syrian air force and the Iranians and their assorted mercenaries before Putin stepped in and saved the a$$es of Bashar and Soleimani how come they don't repeat the same strategy in Yemen? After all the Houthis are Sunday league compared to Bashar and Soleimanis armies.

In another democracy, Wehbe would have been sacked immediately. His views are outrageous and as foreign minister his behaviour is shameful, to say the least.