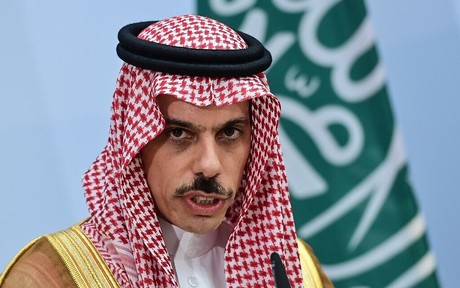 Saudi Arabia is "hopeful" after exploratory talks with its nemesis Iran, its foreign minister told AFP, in a rare comment on delicate discussions whose details have been closely guarded.

The official-level meetings aim to restore relations severed five years ago between the Sunni Muslim kingdom of Saudi Arabia and the Shiite Islamic Republic of Iran.

"We have initiated some exploratory talks. They are at a very early stage but we are hopeful," Prince Faisal bin Farhan said in Paris on Tuesday, where he is participating in two international summits.

The talks with Iran, facilitated by Iraqi Prime Minister Mustafa al-Kadhemi, had remained secret until the Financial Times reported that a first meeting had been held in Baghdad on April 9.

The Iranian government only confirmed on May 10 that the talks had been held, adding that it was "too soon" to discuss the results.

"If (the Iranians) can see that their interest is in a good relationship with their neighbours, I can be hopeful," Prince Faisal said, emphasising again that they were "at an early stage".

Asked what the impact of the June presidential elections in Iran might be, he said he thought it would be minimal.

"Our understanding of Iran's foreign policy is that it's set by the Supreme Leader," he explained. "So we don't think there will be a substantial change."

"There may be a change in the representatives that portray that policy, but in the end, it's what happens on the ground that matters, and that is driven by the Supreme Leader."

The regional rivals have backed opposite sides in several regional conflicts, from Syria to Yemen, where a Saudi-led coalition is fighting Huthi rebels.

The tentative initiative comes at a time of shifting power dynamics.

US President Joe Biden is seeking to revive the tattered 2015 Iran nuclear deal that was abandoned by Donald Trump.

Meanwhile, Washington-Riyadh relations have cooled from the very close ties of the Trump era, as Biden seeks to press the oil-rich kingdom over human rights concerns.