Wehbe Steps Down from His Post after ‘Insulting’ Comments 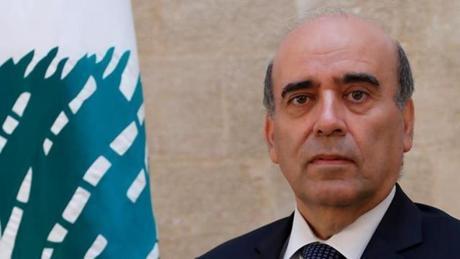 Caretaker Foreign Minister Charbel Wehbe announced on Tuesday that he was stepping down from office after insulting remarks he made against Saud Arabia and Gulf countries.

“I asked to be relieved of my duties and responsibilities as a foreign minister in the caretaker government,” announced Wehbe after meeting President Michel Aoun at Baabda Palace.

Wehbe's remarks to the U.S.-backed Alhurra news channel that Gulf countries provided backing to extremists caused a firestorm in Lebanon and among Gulf countries.

Saudi Arabia and the United Arab Emirates summoned their Lebanese ambassadors Tuesday to protest his remarks.

Go submit your resignation to the Prime Minister instead of the president. Every move these aounis make contradicts with the constitution.

How Sad.... But Why???!
Charbel was someone I looked up to and learned so much from in regards to diplomacy and dealing with racism. In a way he was my idol.

lol @'I asked to be relieved of my duties and responsibilities'

He already does nothing and has a guaranteed salary for life... it's irrelevant for him to resign or not. He should be put in jail

He probably did it as a escape from this government. Other ministers should do the same. :)))))))

So he's resigning from government that's already resigned, this must be a first lol

Mr Wehbe did the right thing, as a minimum. Now, every Lebanese politician and journalist must refrain from such diffamatory language against friendly coutries.

Saudi Arabia should expel any Lebanese with the Wehbe family name, related or not this Sinister subhuman with a superiority complex in order to teach everyone a lesson.