Report: In Final Push for Govt, French Envoy Visits Beirut ahead of 'Sanctions' 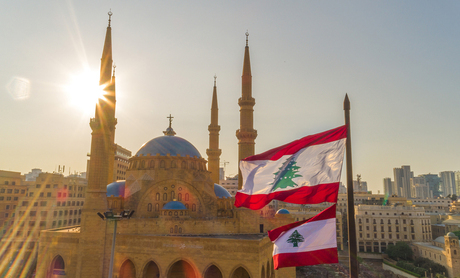 French envoy Patrick Durell is expected in Beirut on Friday to push leaders in Lebanon into forming a much-needed government, ahead of reported sanctions France and the EU are preparing against some officials in Lebanon, An Nahar newspaper reported on Friday.

Durell will meet with senior leaders “carrying France’s final chance” before imposing sanctions on parties obstructing the formation of a much-needed government in crisis-stricken Lebanon, said the daily.

According to sources, the issue of partnership between Lebanon and France on the basis of preparing projects to be implemented according to a mechanism to begin next year, will continue for seven years, and constitutes an important part of Durells’ visit.

They added that France is still leaving the door open in a last attempt to push for the formation of a government in parallel with preparing for sanctions it plans to present to the European Union soon, according to the newspaper.

As long as these two deranged one meter tall men are in power, Aoun and Basil, nothing will happen on the government front. I really pray to God to ascend Aoun to the devil as soon as possible so that Lebanon could regain its independence. As long as Aoun is here, Lebanon would be an Iranian territory, poor, stinky, lack any substance, and reduced to the level of failed countries like Bangladesh. This is how low Aoun has plunged us.