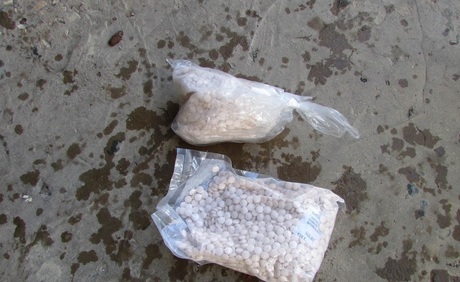 Lebanese authorities seized Friday millions of Captagon pills in the port of Beirut, placed in two containers loaded with stones and prepared for smuggling to Saudi Arabia.

Caretaker Minister of Interior Mohamed Fahmi on Friday revealed that the shipment was bound for Jeddah.

Security forces have doubled down to prevent smuggling from Lebanon, regularly carrying out drug busts on its soil.

Fahmi asked all countries to have trust in Lebanon and asked the citizens in Lebanon to join their efforts with security forces in order to help restore confidence in Lebanon.

He congratulated the port’s Customs on seizing millions of Captagon pills, pointing to coordination between all security agencies, contributing to curbing the scourge of smuggling.

He stated that security agencies arrested the masterminds involved in drug smuggling, and that efforts are ongoing to track more sides involved.

In May, Saudi Arabia banned Lebanese fruit and vegetable imports after seizing 5.3 million banned Captagon pills hidden in a consignment of pomegranates reportedly from Lebanon.

God bless our Shia resistance for being innovative in the ways it is stimulating our economy during these difficult times. In an effort to counter the Saudi-American-Israeli-Sudani-Singali-Morocani-Bahraini-emirati-Nepali coalition and its sanctions against Lebanon, our Shia resistance has been able to take the fight to them and at the same time earn fresh hard currency which will be used to create jobs and instill peace and prosperity.