Report: Members of Saudi Hit Squad that Killed Khashoggi Were Trained in U.S. 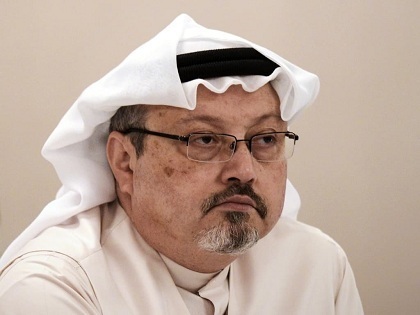 Four members of the Saudi hit squad that killed US-based journalist Jamal Khashoggi in 2018 had received paramilitary training in the United States that had been approved by the State Department, the New York Times reported late Tuesday.

Khashoggi, a Saudi-born US resident who wrote for the Washington Post, was an outspoken critic of the Saudi leadership, with which he had once been close. He was murdered on October 2, 2018 in the Saudi consulate in Istanbul by a team of agents sent from Saudi Arabia.

Four of those operatives, the New York Times said, had received training from a private American security group, Tier 1 Group, a move first authorized by the administration of former president Barack Obama in 2014.

That training continued at least until the start of Donald Trump's presidency, the newspaper said.

It cited a document provided to the Trump administration by a top official from the parent company of Tier 1 Group, the private equity firm Cerberus Capital Management, who had applied for a senior post at the Pentagon.

In his written testimony, Louis Bremer confirmed that Tier 1 Group did provide training to the Saudi agents, but insisted that the training was  "protective in nature" and "unrelated to their subsequent heinous acts."

Bremer said that the four members of the kill team received the training in 2017, and that two of them had already participated in a previous course from October 2014 to January 2015.

The US State Department, contacted by AFP, said it could not comment on this information but called for the "responsible use...of American military equipment and training".

According to a US report released in February, seven members of an elite unit tasked with protecting Saudi Crown Prince Mohammed bin Salman were part of the hit squad that killed Khashoggi.

The New York Times did not specify whether the four operatives trained in the United States belonged to this unit.

The body of the dissident journalist, dismembered on the spot, has never been found. After denying the assassination, Riyadh claimed the murder had been carried by Saudi agents who acted alone.

After an opaque trial in Saudi Arabia, five Saudis were sentenced to death and three sentenced to prison terms. The death sentences have since been commuted.

and you are the rest.

Members of Saudi Hit Squad that Killed Khashoggi Were Trained in U.S.