Khalil, Zoaiter Say Ready to be Questioned by Bitar 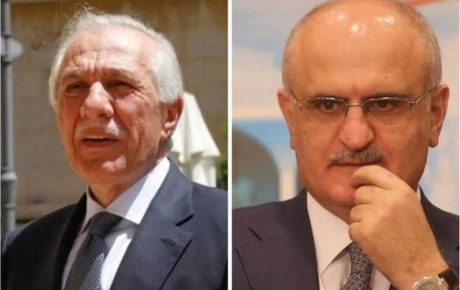 Noting that they heard about the judge’s request to question them through the media, Khalil and Zoaiter said that they are both ready to appear before Bitar even before a permission is issued by parliament to have their immunity lifted.

They added that they want to cooperate in order "to help in reaching the truth and specify responsibilities regarding this crime."

Khalil and Zoaiter are members of the bloc of Lebanon's powerful Parliament Speaker Nabih Berri, and along with Youssef Fenianos, another ex-minister facing prosecution, are strong allies of Hizbullah.

Bitar was named to lead the investigation in February after his predecessor, Fadi Sawwan, was removed following legal challenges by Khalil and Zoaiter.

Caretaker Prime Minister Hassan Diab had also refused to appear before Sawwan, arguing that he was being “singled out.” Diab was summoned again by Bitar on Friday.

These two small guys are a cover for the bigger disease, which is Iran, and through it huzbullah. Poor guys, they might be prosecuted unfairly to indirectly cover huzbullah.