Ibrahim Says He's Under the Law, Urges Removal of Pictures 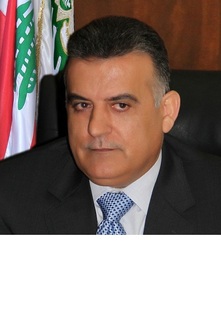 General Security chief Maj. Gen. Abbas Ibrahim stressed Friday that he is “under the law,” days after Judge Tarek al-Bitar requested a permission to prosecute him in the port blast case.

“I emphasize that, like every Lebanese, I’m under the law, and we must show solidarity and work away from narrow political calculations or political exploitation, in order to know the truth of what happened at Beirut port,” Ibrahim said in a statement.

“That’s why I call on supporters to remove all the banners and pictures out of respect for the fallen civilians and servicemen,” Ibrahim added, referring to pictures of him and supportive banners that popped up after his name was mentioned in the case.

The General Security chief also lamented “a series of leaks and rumors” that targeted him in recent days.

“Even before I was informed of this decision… a series of leaks and rumors targeted me on social networking websites, some of which noted that Judge Tarek al-Bitar had discovered my involvement in deals to smuggle the ammonium nitrate to Syria, and others claimed that I’m keeping money at a financial institution in the UAE,” Ibrahim said, adding that he has also been targeted by insults at the hands of “electronic armies.”

The major general also noted that has launched legal measures against those who have targeted him in recent days, while thanking supporters for the “solidarity and love” that they have shown.

“The course of right will triumph if we show patience and insistence on unveiling the facts,” he added.

No matter who Brought, stored, and later used the Ammonium Nitrate, which later caused the blast at the port that killed more than 200 innocent people, while injuring six thousands and destroying a major part of the capital, the main issue is who would use half the quantity other than two sides: Huzbullah and Syria. As for Huzbullah, they haven't had any attack on Israel and hence, there's no way they used it. What's left is Bashar Assad who had been famous in throwing bombs on his own people, and who is the only one who used these Nitrates. Now, who facilitated the move of Nitrate to Syria, it can't be but Huzbullah that had total control over the port. Hence, huzbullah is indirectly the culprit. As to whether Ibrahim was the arm of huzbullah is a minor issue. The main issue is the main culprit which turned out to be Huzbullah. It's simple common sense.

I am truly ashamed to be Lebanese, for the first time in my life. I am not ashamed because of the politicians I am ashamed because of the people or I should say the sheep that follow the politicians blindly. The sheep are hungry have no medecine, electricty, clean water, employment, sanitation, infrastructure and they couldn't care less and will die for the leader that they worship. Lebanon is no more, Somalia is much better off... WAKE UP PEOPLE!!!

lol. Lebanese people are corrupt. The deserve what is happening to them. all the bad people and thieves should go to jail

The agent of Syria speaks out.

"hateful eyes so clear in the picture... can't believe the terrorist shia organization bombarded this sectarian corrupt man to head of security. They really have no shame!"
*Courtesy of @mowateh