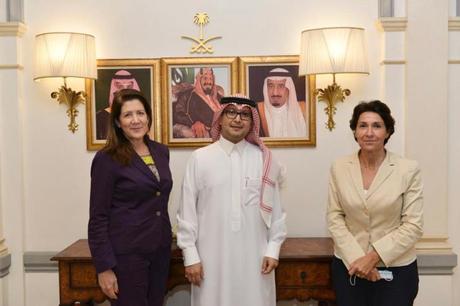 A statement issued by the embassy said the meeting tackled “the political developments in the Lebanese and regional arenas and issues of common interest.”

The meeting comes days after the U.S. and French ambassadors held rare talks in Saudi Arabia over the situation in Lebanon.

During that visit, Grillo and Shea stressed the “desperate need” for “a fully empowered (Lebanese) government that is committed to and able to implement reforms.”