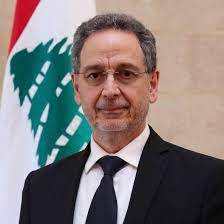 Caretaker Economy Minister Raoul Nehme on Monday called on importers and businesses to lower the prices of commodities following the Lebanese lira’s major improvement against the U.S. dollar over the past hours.

In a statement, Nehme warned importers and businesses to “lower the prices quickly and notably before tomorrow morning at the latest amid the major drop in the exchange rate and out of sympathy with citizens.”

“Their continued manipulation of prices or fraud will subject them to the harshest penalties, which might reach the extent of asking the judiciary to shut them down,” Nehme cautioned.

The U.S. dollar was trading for around LBP 16,500 on the black market at around 1:00 pm Monday, a major drop from a rate of LBP 23,000 that had followed Saad Hariri’s resignation as PM-designate last week.

The lira surged after it emerged that key political forces had agreed on the nomination of ex-PM Najib Miqati to lead the new government.

It's been 2 days. Maybe it's a little premature to say this already.

Cut your profits …. We live in a Cuban style country with no free market!

how about stopping the smuggling to Bashar?