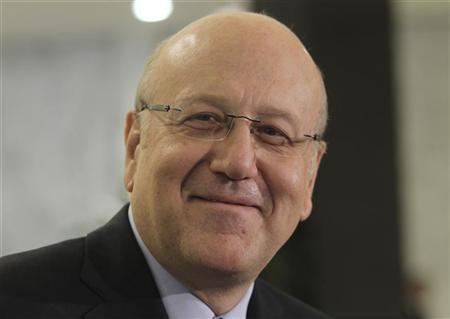 Prime Minister-designate Najib Miqati has been named as part of a “domestic-international settlement” in order to form a “salvation government,” a senior source from the Hizbullah-Amal alliance has said.

“The government will consist of 24 ministers and it will be a techno-political government,” the source told al-Liwaa newspaper in remarks published Wednesday.

The source added that 18 of the ministers will be technocrats and the remaining six will be “political ministers.”

The government will comprise ministers “who represent the civil society and enjoy international approval,” the source went on to say.

"the Baabda camp will be allocated eight ministers"

Who is the Baabda camp? The president is not entitled to any ministers according to the constitution. So, Bassil is getting 8 ministers although he said he and his evil party will not participate in the government.

Lebanese politics at its best!

@Galaxy
The Presidential camp is allowed to ZERO ministers according to.. Michel AOUN!!!
Remember that he disputed this right to Michel Suleiman!!!

lol @ the Shia (Christian) of European parents from Dahieh with a deep and wide luv tunnel that is open for depositors 24/7.

lol @ who represent the civil society

So despite Hariri's attempts to have a technocrat govcernment which would have saved Lebanon from its political quagmire, Miqati with the active assistance of Bassil is doing all within his power to regenerate the chaos by returning the sectoral politicians back into power.

and so here comes the Hizbulla take over of Lebanon. Syria is traded for Iran and Lebanon becomes a terrorist state. This is not the bottom, there is far worse to come. get out while you still can.