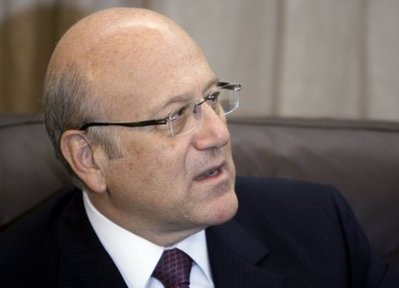 The issue of who will get the interior portfolio in the new government has emerged as the main obstacle in the renewed cabinet formation process, most newspapers reported on Thursday.

“The issue is not limited to a single portfolio and the general distribution of portfolios is still being discussed,” informed sources told al-Liwaa newspaper.

“The interior portfolio is the mother of all obstacles,” the sources added.

The daily also noted that Free Patriotic Movement chief Jebran Bassil has revealed that President Michel Aoun has repeatedly demanded to be allocated the interior portfolio -- which will oversee the upcoming parliamentary elections.

Al-Liwaa added that there is also no agreement on the justice portfolio.

“The preliminary format submitted by (PM-designate Najib) Miqati included the allocation of the interior portfolio to a Sunni and the defense portfolio to a Christian, which means a return to what (resigned PM-designate Saad) Hariri had proposed and was rejected by Aoun, who insisted on interior, justice and defense at the time,” the daily said.

It however noted that the Aoun-Miqati meeting on Wednesday “did not witness any tensions” although the President “asked for some changes to the line-up.”

What a doomed government, even if they make it, they’ll fail at fixing the country because those who handpick the ministers are incompetent. Thawra!

“The preliminary format submitted by (PM-designate Najib) Miqati included the allocation of the interior portfolio to a Sunni and the defense portfolio to a Christian, which means a return to what (resigned PM-designate Saad) Hariri had proposed and was rejected by Aoun, who insisted on interior, justice and defense at the time,”

Back to square one! Aoun is not entitled to any ministers in the cabinet let alone 8-10 ministers. He wants the interior, justice and defense ministries and run the country as a police state.

People should march on his palace, drag him out and execute him.

@The Brazilian Syrian still trying to pass for a Lebanese, so accurate as usual LOL.
A true Brit would be familiar with the following:
The given name Barry is derived from Gaelic, possibly being an Anglicised form of the personal name Báire, which is a short form of the related Irish names Bairrfhionn or Barrfind ("fair-headed", "fair-haired"). and Finbar, or Fionnbharr ("fair-topped", "fair-haired"). ... A variant form of the given name is Barrie.

Your comment is excellent.... it shows a high level of British intelligence.

Muhammad ( Machmad) and Jesus ( yeshua) are Jewish names. Anything else smart for you to say?

you're fine with this POS government beating and starving its own people, but get upset when someone calls out these corrupt MPs to be held accountable

No government will be formed before Iran gives the green light to it's Hezb. What's been happening for the last 10 month is a repeat of the Tammam Salam government, constant stalling till Iran get's it's deal. I truly hope I'm wrong.

This message is addressed to MI5:

I am forwarding copies of his comments to the British Embassy in Lebanon and the Home Office in London.

When this is settled, Basil would bring in the "Tilt Al Damen", and when this is done, Basil would bring the justice ministry and wants it. In a nutshell, Basil wants all the portfolios. My solution is letting Aoun finish off his tenure without any government and then Lebanon would be rid of this cancer for good and rebuilt. The best way, though, would be if Aoun dies from old age. I believe the latter scenarios is more viable. After all, he is now 90 and is barely able to walk, let alone represent a country. I wouldn't appoint him even as a doorman if I had a company.