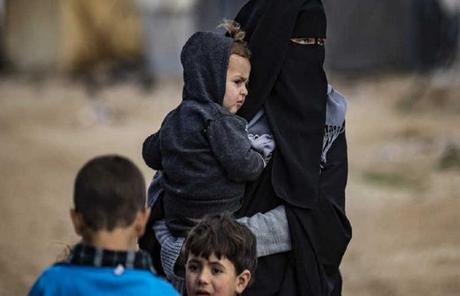 Albanian Prime Minister Edi Rama and Interior Minister Bledi Cuci were in Beirut meeting with Lebanese General Security chief Maj. Gen. Abass Ibrahim, who has played a key role in the repatriating efforts, together with intelligence services from other countries.

"The good news is the 14 children and five women (have been taken out) from the hell camp," said Rama. "I am here to take the children and women and turn them back to our homeland tomorrow."

Rama said that Albania's Interior Ministry and other intelligence institutions are closely cooperating with Lebanese authorities and countries on the repatriation. He did not specify if the women's husbands were alive or dead or if any of the women will face terrorism charges upon their return.

"Up to the last Albanian, we shall do our utmost to turn them back to their homeland," he said.

This is the third effort repatriating Albanians from the fighting territories in Syria. In October last year, five Albanians were repatriated and an Albanian child was repatriated a year earlier.

A few hundred Albanian men joined the Islamic State and other groups fighting in Syria and Iraq in the early 2010s. Many were killed, and their wives and children are stuck in Syrian camps.

Relatives in Albania say about 30 other Albanian children and women are in the Syrian camps. But Rama doubted that could be the exact number, "because the information is updated daily."