Shea Says U.S. to Help Lebanon Get Electricity from Jordan, Gas from Egypt 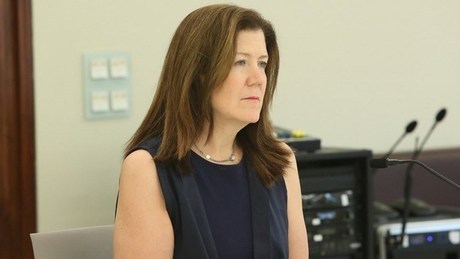 Hours after Hizbullah chief Sayyed Hassan Nasrallah announced that a ship carrying diesel from Iran to Lebanon would arrive within hours, President Michel Aoun's office announced that U.S. Ambassador to Lebanon Dorothy Shea told him the United States would help Lebanon get electricity from Jordan and facilitate the flow of Egyptian gas through Jordan and Syria to northern Lebanon.

Shea told Aoun that negotiations are ongoing with the World Bank to pay for Egyptian gas and to fix cables and pipelines that will be used, according to the statement.

There was no immediate comment from the U.S. State Department or the American Embassy in Beirut. Shea, the U.S. ambassador, spoke about the crisis in Lebanon with the English service of the Saudi-owned Al Arabiya TV on Thursday.

"We've been talking to the governments of Egypt, Jordan, the government here (Lebanon), the World Bank. We're trying to get real, sustainable solutions for Lebanon's fuel and energy needs," she said.

let me see if I got this right ! you're gonna produce electricity in Jordan, with gas from Egypt which is supplied through a pipe line (nearly 600 Klm), then the electricty supplied via cables through Syria (nearly 300 Klm), so in the fuure, Syria can hold Lebanon to ransom, Egypt can hold Lebanon to ransom, Jihadist groups have multiple choices to hold Lebanon to Ransom !... are you for real.. you might as well suggest supplies from Israel.. it is closer, less prone to sabbotage and could prove to be a more reliable partner !..it is not as far fetched as the Shea bonkers plan !

Just think of it .. if there was less "Resistance" and more getting to "yes", Lebanon could have developed its own natural gas fields, instead of hanging-out on the Eastern shores of Mediterranean as homeless beggars. The Jews figured it out .. the Hashemites figured it out ... the Pharaohs figured it out ... and Aoun/Bassil would rather float in oil from the Persians? On what planet is that a good idea ..?

would you really call a couple of fuel ships from Iran “a solution” to the crisis..?!? anyway, both US and Europe back in 2019 already came with projects to restructure Lebanon’s electricity grid and render it almost fully operational, even Israel made itself available to assist providing electricity, but guess what, all proposals were rejected! of course it’s just a coincidence that the companies involved in the projects were not willing to pay kickbacks to the political mafia gangs (included the one of your crisis-solver)….

What will be bashar’s cut? Nothing comes without strings attached however I’d rather live in absolute darkness than using Iranian terror oil… a simple matter of principle.

"We've been talking to the governments of Egypt, Jordan, the government here (Lebanon), the World Bank. We're trying to get real, sustainable solutions for Lebanon's fuel and energy needs," she said.

So, you think all that happened in one day following your terrorist leader's speech?

Corruption in Lebanon is on all levels. But the worst thing is if political leaders and decision makers, block developments such as a fully operating electricity system. There were many offers, availability of budget etc to have a great Electricity supply. Sadly all of this couldn't happen because the responsible leaders were blocking it for sake of their own benefit. Not to mention the obsession with the payments of Comissions. It's a real tragedy for Lebanon. Selfishness and Self Interest is our greatest Enemy. Because it causes the greatest damage for Lebanon