Report: Miqati Counting on French Pressure on Aoun and His Camp 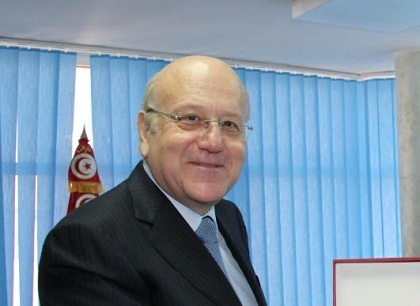 Paris has urged PM-designate Najib Miqati to wait and not resign to allow it to resume its efforts with President Michel Aoun and his political camp to press them to facilitate his mission, a prominent parliamentary source said.

“Miqati is in contact with the members of the French team tasked by President Emmanuel Macron to follow up on the formation consultations” between Aoun and Miqati, the source told Asharq al-Awsat newspaper in remarks published Monday.

“Miqati is counting on the resumption of the French intervention as of today,” the source added, noting that the PM-designate “has received guarantees from Paris that it will carry on with its initiative to rescue Lebanon through the formation of a mission-driven government,” the source went on to say, adding that France will exert “strong” pressures on Aoun and his camp.

The source also revealed that Speaker Nabih Berri has also encouraged Miqati to be patient in order to give a chance to the consultations.

Be patient? LOL. Almost a year gone by with no government!!

Yes be patient in another 10 t0 15 years we may have a government.

i am not sure why is he wasting your time Mr PM Mikati, really i am dead serious, people have work and lives to take care of, he just hire people and then paralizes them, also i can tell you why he wants certain amounts of seats, so he can start disabling the government after it is formed, that is the only explanation that i can come up with here based on his behavior, so at first he takes for ever to grant a governemt and then after he approves the government, he will start on poking from the other side, his seats, give us a break oun or just leave, come on man, i am not sure what to tell you no more, you are very lucky i am here, wlak kenet khala3tak