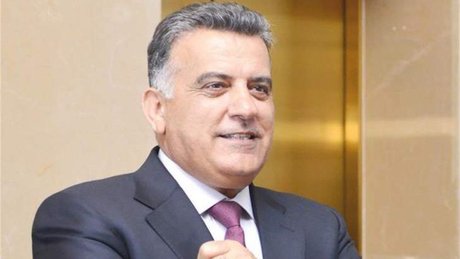 Hizbullah has intervened in a bid to resolve the hurdles blocking the government’s formation and prevent the possible resignation of PM-designate Najib Miqati, media reports said on Tuesday.

“Hizbullah has pushed General Security chief Maj. Gen. Abbas Ibrahim to launch a mediation between Miqati and President Michel Aoun, following the failure of the mediation of the lawyer Carlos Abou Jaoude between them,” informed sources told the Nidaa al-Watan.

Ibrahim’s endeavor is not limited to “reconciling viewpoints and relaying messages” but rather delves into “the mission of fine-tuning and suggesting candidates with the aim of facilitating the birth of the government,” the sources said.

“Backed by Hizbullah, Ibrahim is carrying a ‘basket of proposed names’ which can represent a solution for the standoff between Aoun and Miqati over the controversial portfolios, mainly the portfolios of justice, social affairs and economy,” the sources added.

Moreover, the sources revealed that Ibrahim has been shuttling between Baabda and Miqati’s residence and has held several meetings between Aoun and the PM-designate, adding that the communication between Paris and Miqati has also intensified in recent days.

Sources close to the PM-designate meanwhile welcomed Ibrahim’s mission, stressing openness to “any proposal that might help resolve the obstacles.”

Baabda sources also told the PSP’s al-Anbaa news portal that there are behind-the scenes efforts aimed at bridging the gap between Aoun and Miqati, “which might help resolve all obstacles.”

“Things are leaning to an understanding,” the sources added.

Informed sources meanwhile told al-Anbaa that “surprises might happen this week or in the beginning of next week.”

“Either the government will be formed or the country will head into a major crisis that will be a lot more difficult than everything than Lebanon has witnessed,” the sources added.

“Backed by Hizbullah, Ibrahim is carrying a ‘basket of proposed names’

This shows who controls our General Security and its chief.

FOUND THE ANSWER: The position of Army commander and general director of general security are reserved for Christians, while the positions of general director of the Internal Security Forces and director of State Security are reserved for Muslims.It remained this way until President Emile Lahoud took office, when he worked on switching up the distribution, handing over the directorship of the General Security to a Shiite Muslim and State Security to the Christians (many say that this decision was made at the behest of the Syrians)

When Lahoud made the switch it was supposed to be temporary. Aoun keeps bragging about 'Christian' rights but never uttered a word about reclaiming this position back to the Christians of Lebanon.

So Hizbullah will decide the names of the government? That will Solve everything....Not!

“Either the government will be formed or the country will head into a major crisis that will be a lot more difficult than everything that Lebanon has witnessed,” the sources added.

wrong...the country is already in a crisis and the fall will continue under a government formed by the same sectarian players

A tool of the terror group is the mediator between the president and the prime minister designate! This country is a joke....