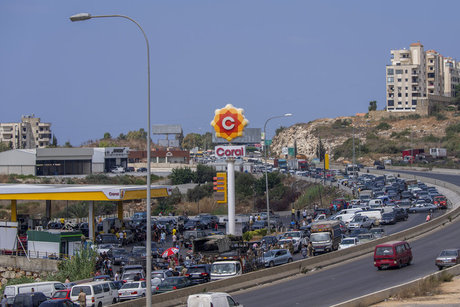 Energy ministers from Egypt, Jordan, Syria and Lebanon on Wednesday agreed a plan to bring gas and electricity to crisis-hit Lebanon at a meeting in Amman.

Egypt's minister for oil and mines Tarek al-Molla said that his country would "be ready to transfer gas (to Lebanon) as soon as possible" via the transnational Arab Gas Pipeline.

But damage to the pipeline and electricity lines during the decade of civil war in Syria means that energy supplies cannot start flowing before repairs are carried out.

Lebanon is also "working with the World Bank to ensure the financial resources needed to pay for energy imports from Egypt," Ghajar said

Syrian minister Bassam Tohme confirmed from his side that Syria will ensure the transfer of Egyptian gas to Lebanon.

The gas pipeline linking Jordan and Syria was hit in August 2020 in a blast dubbed a "terrorist act" by Damascus.

Zawati added that the infrastructure is "almost ready, but there are still repairs" to do.

A top level Lebanese delegation went to Damascus on Saturday to strike a deal to import gas from Egypt and electricity from Jordan using Syrian infrastructure.

In the push to help revive the stricken Lebanese economy, the U.S. has given rare approval for the Arab neighbors to escape punishment under sanctions targeting the Syrian regime.

Fuel and power shortages are one of the most acute symptoms of Lebanon's economic collapse, paralyzing the economy and vital services like hospitals.

The World Bank has labelled Lebanon's situation the worst economic crash since the mid-19th century.

Egypt is happy because it is getting money from americans

Syria is extatic that Americans recognized its existence

America is happy because it considers it helped counter Iran

Leanon is not happy because whatever they give the entitle lebanese, instead of saying thank you, Lebanese say "it is not enough we want more."