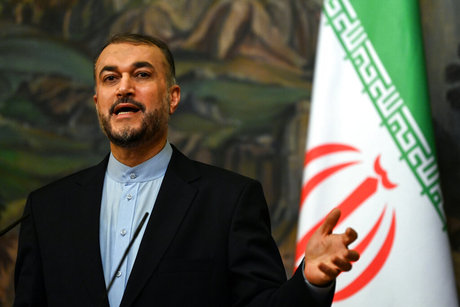 He stated in a joint press conference with his Lebanese counterpart Abdullah Bou Habib that “Iranian specialized companies are willing to build two power plants with a capacity of 1,000 megawatts in Beirut and the South within 18 months.”

He added that his country is “fully ready to rebuild Beirut port if the Lebanese side asks for that.”

Abdollahian voiced his remarks after meeting with President Michel Aoun, Speaker Nabih Berri and Prime Minister Najib Miqati, on his first visit to Lebanon since taking his post after Iran’s presidential elections this summer.

God bless the Islamic Shia Republic of Iran for offering to rebuild Beirut port after the explosion caused by the Saudi-American-Israeli-LebaneseForci-Sengali-Bengali-Sudani-Morocani-Libyani-Bahraini-Emirati coalition.

The Shia Republic oof Iran has once again demonstrated its goodwill intentions towards our country and continues to work hand in hand with our Shia Resistance to kick-start the economy and improve our way of life.

We want nothing from you. You have caused nothing to Lebanon but misery for the past 2500 years. Just stop financing terrorist groups in our country and get the hell out.

.. because people willing to work at building the nation is the one thing that has been missing, all this time ...

They destroyed the port and Lebanon through their satanic proxies in the country and now they want to make money out of it. Disgusting and evil criminal regime.

yeah, sure, Iranian authorities are not even able to provide for the needs of their own population, let alone going abroad to reconstruct Lebanon... just look at countries like Iraq, they're now blossoming thanks to power plants and cities' infrastructures built by Iranian benefactors..!!

There will be strings attached to this.
Here comes the Islamic Emirate of Hezbollahstan.

There will be strings attached to this.
Here comes the Islamic Emirate of Hezbollahstan.

So what number province of the Islamic Republic of Iran do they want Lebanon to become?

Is there power in Iran enough to all its provinces? If you can't provide power to your country, why do you continue to lure and lie to people like kizballa