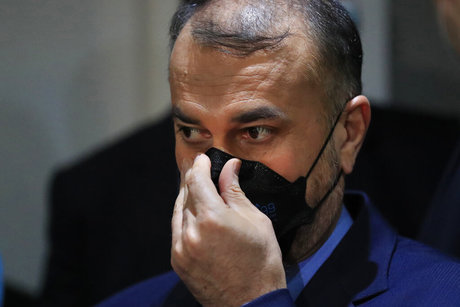 Iranian Foreign Minister Hossein Amir-Abdollahian on Friday announced that Tehran will continue to send fuel shipments to Lebanon via Hizbullah, while noting that his country is also ready to provide Lebanon with medicine and other needs.

“We will help brotherly Lebanon overcome its crisis,” Abdollahian said at a press conference at the end of a two-day visit to Lebanon.

“We are ready to assist through Iranian or Lebanese investments to set up two power plants,” he added.

Asked about Hizbullah’s Iranian fuel imports, the minister said: “We will continue to send fuel to Lebanon, and we hope it will happen in the future in the framework of protocol agreements between the two countries.”

He added that Iran is “ready to provide Lebanon with its need of medicine, foodstuffs and medical equipment.”

“We have asserted to Lebanese officials that Iran is willing to construct an underground metro,” Abdollahian went on to say.

He added that “Iran has full respect for Lebanon’s sovereignty and is expressing its desire to help Lebanon through cooperation between the two governments.”

The minister also underscored that “the region’s countries and peoples will not allow the United States to succeed in its economic war and siege against Lebanon,” hoping that “regional openness will manage to break the siege that is targeting us all.”