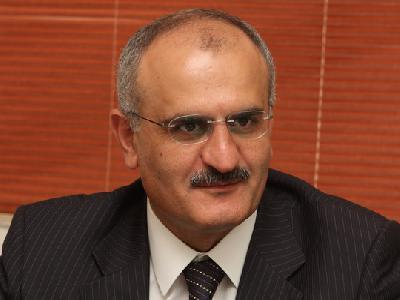 “Unfortunately, there is still insistence on violating all the constitutional and legal norms… as if we have become in a jungle governed by media scoops and making stances, away from all the characteristics of proper judicial and legal action,” Khalil told popular delegations at his residence in Khiyam.

He added: “Today we have filed a request to recuse the judge and colleagues have filed two legitimate suspicion lawsuits, and this all proves that we are before a file in which the levels of politicization and selectivity have become very high.”

Lebanon's appeals court had on Monday rejected lawsuits filed against Bitar in a decision that allowed him to resume his work. Challenges were later filed by several ex-ministers before the Court of Cassation.

The lawsuits were part of a growing campaign by Lebanon's political class against the investigation into the devastating port explosion of Aug. 4, 2020. The blast heavily destroyed parts of Beirut, killed over 200 people and wounded over 6,000.

Families of the Beirut blast victims have welcomed the resumption of the probe, urging the judge to continue his investigation and appealed to the political class to let him do his job.

The ruling political class, accused by rights groups and the public of knowing about the explosive material stored at the port and doing little to protect against it, has closed ranks against Bitar and his predecessor. Both have wanted to interrogate senior political and security officials accused of negligence that led to the blast.

Bitar took over the job in February after Judge Fadi Sawwan was also removed from his post following similar legal challenges by senior officials.

Various political leaders have accused Bitar of politicizing the investigation, violating the constitution by ignoring immunity granted to lawmakers and government officials, and by going after some officials and not others.

The suspension of the probe, and the repeated attempts to obstruct it, had angered families of the victims killed in the explosion who called Bitar's probe the last hope they have in Lebanon's judiciary. They say the investigation has been marred by repeated political interference and failure to bring officials to justice.