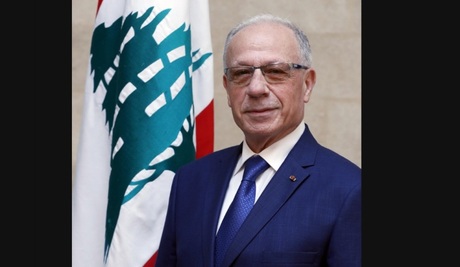 Defense Minister Maurice Slim has said that “what happened Thursday in Tayyouneh was not an ambush but rather an unfortunate incident.”

“We deal with facts and the map of facts is being drawn by investigators and we’ll leave it to them to determine that according to cameras, witnesses, participants, proofs and evidence,” Slim said in an interview on LBCI TV and Sawt Beirut International.

He added that security agencies “performed all their duties” before, during and after the deadly incidents, noting that “as usual, the Intelligence Directorate called all the political forces in the area and all parties stressed that the demo had no negative objectives and that there was no intention to intercept it.”

Commenting on Hizbullah and Amal Movement’s accusations that “snipers” from the Lebanese Forces party had opened fire at protesters from rooftops, Slim said: “The gunfire could have come from any place and I can’t confirm or deny the presence of snipers, but this issue will be shown in the probe.”

“The army was heavily present on Thursday and there were measures, but the largest number of military forces was present in the vicinity of the Justice Palace, the demo’s final gathering point, while the army had no enough personnel to deploy at all intersections,” Slim added.

He noted that the demo “witnessed a sudden turn into some side streets, which led to the clashes.”

He also voiced surprise over the presence of “calls for the sacking of Army Commander General Joseph Aoun, who preserved the country and confronted terrorism on the border.”

“Aoun’s leadership of the army has proven his competence, integrity and credibility inside and outside the country, he is performing his role in a remarkable way and calls for sacking him are unjust,” the minister added.

But mowaten said it was a pre-planned ambush by the Lebanese Forces?

You know very well that Mowaten knows better than any expert minister, in fact he should be minister!

“Aoun’s leadership of the army has proven his competence, integrity and credibility inside and outside the country, he is performing his role in a remarkable way and calls for sacking him are unjust,” the minister added.

Of course, he sends his Special Forces to arrest a lone gunman in Akkar for illegal possession of firearms and lets thousands of Shia terrorists armed with RPGs roam freely. I think he is doing a wonderful job for Hezbollah and Iran.