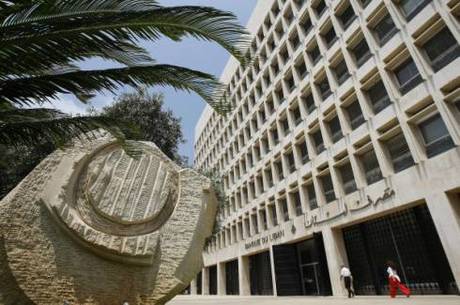 A New York-based firm contracted by the Lebanese government is to resume its audit of the central bank Thursday in line with creditors' demands, the Lebanese presidency and a top official said.

The International Monetary Fund and France are among creditors demanding an audit of Banque du Liban as part of urgent reforms to unlock financial support to deal with an economic crisis branded by the World Bank as one of the planet's worst since the mid-19th century.

The Alvarez & Marsal (A&M) auditing firm had launched an audit in September last year but was forced to pull out some two months later because the central bank failed to hand over necessary data.

On Wednesday, President Michel Aoun met with A&M managing director James Daniell, who informed him that "the company will begin tomorrow its forensic financial audit of Lebanon's central bank after all arrangements were completed," the presidency said.

Finance ministry official Georges Maarawi told AFP that the auditing firm "will have 12 weeks to collect information and draft a report," under the terms of its contract with the Lebanese government.

The contract with A&M was signed by Finance Minister Youssef Khalil last month only days after he took up his post.

Experts have expressed doubts that the terms of the contract and the limited time given to auditors will allow for a credible investigation.

"As long as the auditors don't have direct access to servers, IT and accounting systems and the work isn't overseen by the competent authorities... then I don't expect anything out of it," financial analyst Mike Azar said.

"The way the work is structured now will most likely not result in an honest and thorough forensic audit," he told AFP.

In December, parliament approved a bill that suspends banking secrecy laws for one year to allow for the forensic audit -- which is widely seen as a necessary prelude to any agreement with the IMF over financial assistance.

Maarawi, the finance ministry official, said that Lebanese authorities are currently holding "technical meetings" with the IMF, without elaborating.

Following a meeting with IMF executive director Mahmoud Mohieldin on Tuesday, Prime Minister Najib Miqati said that Lebanon was betting on an IMF plan to help it survive its unprecedented financial crunch.

"We hope to clinch a cooperation agreement before the end of the year," he said.