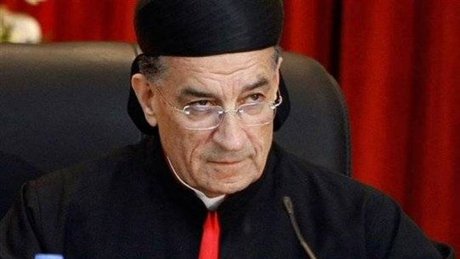 Maronite Patriarch Beshara al-Rahi has thrown his support behind Ain al-Remmaneh’s residents and those who were arrested in the wake of the deadly Tayyouneh clashes.

“With its legitimacy, institutions and judiciary, the state is asked to protect its people and prevent attacks on them and to act wisely, fairly and impartially. It should not implicate the judiciary and subject civil peace to danger, seeing as injustice produces oppression and oppression would lead to an explosion,” al-Rahi warned.

“We who believe in justice do not accept that those who defended their dignity and the security of their environment be turned into a scapegoat. These people, along with others, had defended Lebanon and offered thousands of martyrs for the sake of its unity and sovereignty,” the patriarch added.

As for those detained by security agencies, al-Rahi called for “respecting human rights” in the investigations without any “intimidation.”

“We do not want to acquit someone guilty not to accuse someone innocent. We are keen that the investigations should target all the parties, not a single party, as if it is responsible for the incidents,” the patriarch added.

He stressed that “everyone would be under the law when the law is above everyone.”

Moreover, al-Rahi emphasized that “despite their gravity, the Tayyouneh-Ain al-Remmaneh incidents should not eclipse the probe into the Beirut port bombing.”

“We warn against any attempt to make a bargain between the port bombing and the Tayyouneh-Ain al-Remmaneh incidents, seeing as continuing the port bombing investigations remains the path to justice,” al-Rahi added.

Seven people were killed on October 14 -- mostly Hizbullah and Amal Movement members -- during a protest organized by the two groups to demand Tarek Bitar, the judge investigating Beirut's devastating port blast, be removed.

Hizbullah and Amal accused the Lebanese Forces, which supports the probe, of being responsible for sniper fire against the protesters that ignited street clashes. The LF denies the charges.

Fadi Akiki, a representative of the military court, has "instructed the army intelligence to summon (LF leader Samir) Geagea and take his statement based on information provided by arrested LF members," a judicial official said.

Twenty-six people were arrested after the violence in the Tayyouneh-Ain al-Remmaneh area, most of them LF members, the official added.

Geagea has denied responsibility for the deaths, saying that residents of Ain al-Remmaneh had "defended" themselves against "Hizbullah militiamen who tried to enter their homes." He also said that four Ain al-Remmaneh residents were injured at the hands of violent protesters, some by handgun shots, before any rounds were fired from the neighborhood.

Mr. Al Rahi you are partly responsible for what happened in Ain al-Remmaneh. You are Aouni, you support Aoun and Aoun's regime is what got us to this stage. In order to become president, Aoun struck a deal with Hezbollah allowing Hezbollah to control every aspect of governance in exchange for Hezbollah turning a blind eye to Aoun's corruption and dictatorship.

You cannot be on both sides of the fence.

I don't think he is to blame, as we all are a victim of the same well executed narrative from the Iranians regarding the Syrian war. What Rahi is doing is classical Machiavellian pragmatism, siding with the stronger contemporary force. In a time where Christianity may have been under threat from "takfiris" it's not a surprise that he even sided and supported Hezbollah.

The situation in our country now is what we harvest of previous decisions made. If we all can unify (Christians & Muslims - "Nationalists") behind the notion that the Syrian war began due to peaceful protests which lasted for moths and was the result of regimes brutal crackdown which then resulted in the takfiris. Then the nationalistic vector is in place. It not they will play the religious card where is suites the Iranian agenda. This narration in whole must END otherwise the will even justify the portblast and emptying your private savings due to takfiris, and on top of that zionists! "We are all to blame" - being played around by the Iranians! We have a very painful struggle infront of us - unite the ranks before its to late, otherwise we will be slaves to the iranians whom currently ruling every single aspect of our lives! And they openly aadmit it!

Such a wonderful culture
https://www.youtube.com/watch?v=EGBZold3-qI