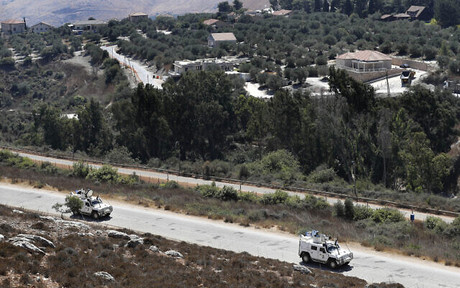 Israel has said it is opening its border to agricultural workers from neighboring Lebanon, with which it is technically at war, to pick olives.

"In light of the economic situation in Lebanon, and as a gesture of goodwill to the Lebanese people, the IDF opened the border to agricultural workers from Mays al-Jabal, Aitaroun and Blida," an Israeli army statement read.

"The IDF allowed the workers to cross the Blue Line, to a certain extent, allowing them to harvest olive trees in Israeli territory," the statement added, referring to the 2000 U.N.-drawn demarcation line.

An Israeli army spokesman told AFP several groups had been allowed across since October 10.

The statement said the United Nations Interim Force in Lebanon (UNIFIL) overseeing a buffer zone between the two states had "reported the gesture" to the Lebanese side.

Tensions had been escalating afresh between the two sides since August, when Israel carried out its first air strikes on Lebanese territory in seven years and Hizbullah claimed a direct rocket attack on Israeli soil for the first time since 2019.

In 2006, the most recent large-scale confrontation between Israel and Hizbullah left some 1,200 Lebanese dead, mainly civilians, as well as 160 Israelis, mostly soldiers.

That month-long engagement ended in a U.N.-backed ceasefire.

Lebanon and Israel last year began historic U.N.-brokered talks on setting their maritime border, even though the discussions are currently stymied.

Lebanon has for the past two years been mired in economic, political and social crisis and its residents are subject to draconian banking restrictions preventing easy access to money.

Meanwhile the local currency has plummeted some 90 percent against the dollar on the black market. Around 80 percent of the population are struggling to escape poverty amid ballooning inflation and shortages of fuel, medicine and electricity.

Not very clear, can they pick up the olives and keep them or is it a harvest where they get paid a salary. Benny Gantz offered financial assistance to Lebanon not so long ago, he appears to be a decent man.

Either way, they are benefitting from this gesture.

So, giving a thumbs down signal, just shows that you, whoever you are, is not the slightest bit interested in the welfare of the Lebanese individual.