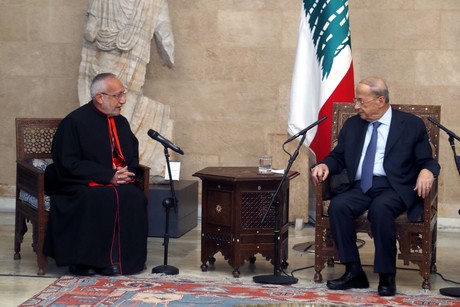 President Michel Aoun affirmed Tuesday that the repercussions of the latest security incidents are “folded,” and that “there is no going back to a civil war in Lebanon, despite the recurring disruptions.”

He stressed on the importance of setting up a mega centers to facilitate the voting process in the upcoming parliamentary polls “amid an economic crisis that might prevent many people from reaching their voting areas, leading to a very low turnout.”

Regarding the Beirut port blast, Aoun emphasized on the judiciaries’ independence and said politicians should not interfere in the investigations’ course.

Regardless, the mega-centers are a very good idea that should be implemented ASAP. Also what Bassil or Aoun say they want and what they actually do are almost never the same thing.

This guy has destroyed Lebanon.